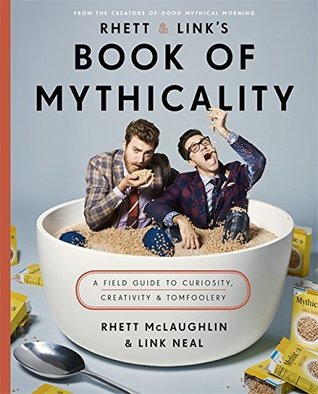 “Internetainers” Rhett & Link met in first grade when their teacher made them miss recess for writing profanity on their desks, and they have been best friends ever since. Today, their daily YouTube talk show, Good Mythical Morning, is the most-watched daily talk show on the Internet, and nearly 12 million subscribers tune in to see the guys broadcast brainy trivia, wild experiments, and hilarious banter (not to mention the occasional cereal bath). Now the award-winning comedians are finally bringing their “Mythical” world to the printed page in their first book.

A hilarious blend of autobiography, trivia, and advice, Rhett & Link’s Book of Mythicality: A Field Guide to Curiosity, Creativity, and Tomfoolery will offer twenty ways to add “Mythicality” to your life, including:

The goal of these offbeat prompts? To learn new things, laugh more often, and earn a few grown-up merit badges along the way. Heartfelt and completely original, this book will be the perfect gift for anyone looking for a fresh dose of humor and fun.

Thank you Hachette Australia for providing me with a copy of this book in exchange for an honest review.

I stumbled across Good Mythical Morning (a Youtube show) early in 2017 and fell down a hole of binge watching everything. It was exactly the kind of escape I needed. The more I watched the more I also fell in love with Rhett & Link and the entire crew that helps produce their show. Naturally, when I found out that they were releasing a book I knew I had to read it immediately. Just like their YouTube channel The Book of Mythicality came into my life at the perfect time. I was in the middle of potentially being homeless and I was beyond stressed out, but reading this book made me smile and let me escape from the darkness a bit. It gave me hope. I totally get how sappy this sounds, but it’s the truth and I always try and make my reviews as personal as possible. I stopped watching Good Mythical Morning for a while this year and I still have no idea why because I recently started again and it instantly brought back all those good feelings and I thought it was a great time to post this (super belated, [sorry Hachette!!!]) review!

Obviously, you’re probably only going to buy this book if you’re a GMM fan, but I’m here to tell you that it’s worth it if you are (and that you should TOTALLY start watching GMM if you’re not already doing so). Yes, there is a lot in here that you probably already know but there are a few new personal antidotes that Rhett and Link let us in on. More importantly, it does what the title claims. It is a “A Field Guide to Curiosity, Creativity & Tomfoolery”. A GMM episode in book form. 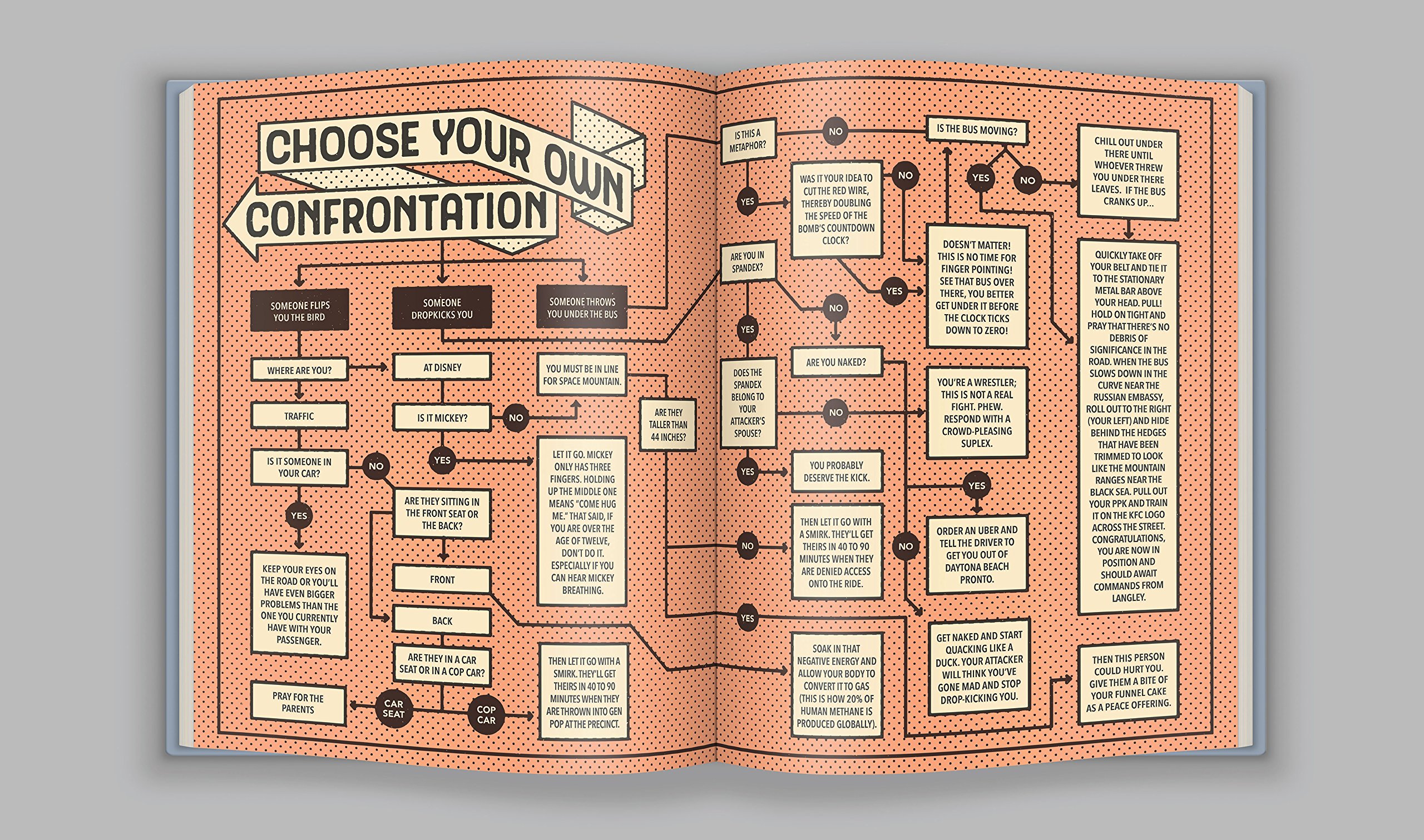 There’s lots of funny “how to” sections I could totally see being a GMM episode. Book of Mythicality instructs us how “Eat Something That Scares You” and “Speak at Your Own Funeral“. It offers a hilarious and satirical take on “Becoming a Super Fan”. One of my favourite sections in this book was the “How to Isolate Yourself with Yourself” section because it’s something we ALL need to do more and it was nice seeing it celebrated instead of shamed. I also loved seeing Rhett and Link talk about their dogs (Rhett’s dog story will make you cry though).

This book also made me a bit emotional when it talked about Rhett and Link’s friendship especially when it mentioned the early years of their friendship. It just made me appreciate it even more. It’s not often that you get to see a 30+ year friendship. It’s seriously so wonderful.

I adored this book and I’ll never forget how it helped me through one of the darkest times of my life. I can’t recommend it enough to Good Mythical Morning fans!

If you’ve never watched Good Mythical Morning before I highly suggest you give it a shot especially if you’re having a bad day. There are A LOT of episodes (there’s 14 seasons worth of almost every day uploads) so I understand it can be quiet overwhelming. It has honestly just become a part of my daily routine and watching an episode in the morning is THE BEST way to start my day. Here are a few of my favourite episodes to get you started.

I also recommend their “Leaving Things In...” and “Putting Weird Things In…” series because they’re honestly so interesting.

Rhett & Link have a show on YouTube Red called Buddy System and it’s HILARIOUS. It has the same kind of silly humour that the rest of their content does and it’s nice watching a show with zero drama. You can watch the first episode of Season 1 and 2 free, but you obviously need to sign up to YouTube Red for the rest. You can get a free trial though and it’s 100% worth it!

Have you read The Book of Mythicality or is it on your TBR? Or do you watch Good Mythical Morning?