I’ve already done a few “beginner” type comic posts on my blog. I did an overall guide and then a Marvel-centric guide. Today I’m kind of blending the two together and talking about comics that good for beginners to jump into! I did mention some beginner comics in both those posts, but I wanted to bring a bit more attention to the comics themselves. I’m going to be presuming you already know the basics so if you’re completely brand new then I suggest checking out my So You Want to Start Reading Comics and Graphic Novels post which goes over some basic terms and where to find comics.

This post was inspired by me trying to find the best place to start reading Wonder Women comics and finding out that the Wonder Woman: Rebirth series intends for you to start at Volume 2 not Volume 1 and has out of order issues. No wonder people are so scared to read comics, haha.

I know one of the biggest misconceptions is that comics are just superheroes and that’s not true! If you’re a contemporary fan there’s something for you too. Comics can seem completely overwhelming and I still kind of just wing it most of the time too, but hopefully these suggestions will make it a little less intimidating for you! There’s obviously so many more choices than the ones I’m listing, but these are some that worked really well for me!

Never Read A Comic Before? Start with A Graphic Novel.

If you’ve never picked up any kind of comic or graphic novel then I highly suggest starting with a standalone graphic novel. Yeah comics and graphic novels are two different things, but don’t worry about that too much. Basically, with a stand alone graphic novel you won’t have to worry about continuing issues (there are exceptions of course) or a whole huge world of back story. It’ll hopefully get you used to the formatting and make you feel more comfortable making the leap from solely written books to one that focus on artwork doing the majority of the storytelling. 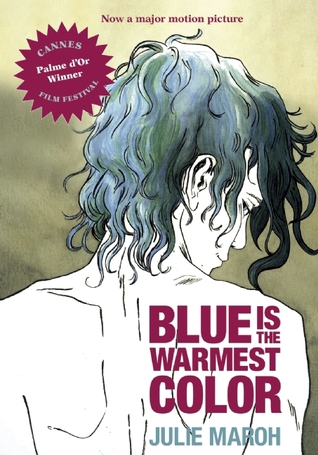 Nimona by Noelle Stevenson – Nimona is one of the the best places to start if you’ve never touched a comic or graphic novel. It’s great for fans of fantasy. It really turns the hero/villain trope on its head. It’s heavily implied that there was a romantic relationship between the two main male characters (Noelle Stevenson said she regrets not making it more obvious though so keep that in mind) and Nimona can shapeshift into a shark. Do I need to say more?

Amulet, Vol 1: The Stonekeeper by Kazu Kibuishi – Amulet is another excellent place for beginners and it’s a Middle Grade graphic novel so if those elements incite you in books then you’ll probably love this. This is one of the exceptions where the graphic novel does contain more than one volume. However, unlike comics that are released in singular issues think of this more of a book series. It’s about two kids who discover there’s a door in their basement that leads to another world. It’s so fun and magical! || Current Available Volumes: 1-7

Making the Jump to Comics

If you’ve already got the hang of the comic and graphic novel format and want to try reading more actual comics then just like graphic novels I suggest ones that aren’t heavily implemented in the Marvel/DC Universe just to save you from having to figure out back stories. This will also get you used to the way singular issues and trade paperbacks work. Most times these comics are from Independent publishers like Image and Boom.

Archie, Vol 1: The New Riverdale by Mark Waid (writer) & Fiona Staple (art) – Don’t worry this reboot of the original Archie comics is NOTHING like Riverdale and I’ll be forever bitter that the TV show didn’t follow a similar storyline. I never read the original Archie comics but I ADORE this reboot. It is so much fun!!! The characters and friendships are WONDERFUL. It’ll make you laugh and cry. It’s so heartwarming. || Current Available Volumes: 1-3

Giant Days, Vol 1 by John Allison (writer) & Lisa Treiman (art) – Another suggestion for my contemporary lovers. This follows a group of girls who live in the UK and are just starting university. It features such a great friendship group and is honestly one of the funniest things ever. In the later volumes there’s a F/F relationship. || Current Available Volumes: 1-5

Lumberjanes, Vol 1: Beware the Kitten Holy by Noelle Stevenson, Grace Ellis (writers) & Brooke A. Allen (art) – Quite possible the most PURE comic series I’ve EVER READ IN MY ENTIRE LIFE. If you’ve read and loved Noelle’s other creation Nimona then I’m almost certain you’ll love Lumerbanes. It’s about a group of girls who attend a summer camp and magical adventures ensue. There’s no unnecessary drama at all and it’s just friendship and girls being wonderful and having fun. || Current Available Volumes: 1-6

Saga, Vol 1 by Brian K. Vaughan (writer) & Fiona Staples (art) – All the above comics are definitely lighthearted so if you want something darker then I highly suggest Saga. It’s an intense sci-fi series about planets waging war against each other. It has a slight forbidden romance aspect to it because the two main characters are from the different planets. Saga isn’t shy from using NSFW artwork. You’ll see graphic depictions of sex and violence so if that’s not your thing then I’d suggest giving this a miss. However, it’s a lot more than just sex and death and features so many important themes and ultimately it’s about a family protecting each other. || Current Available Volumes: 1-7

Alright. I Think I’m Starting to Get the Hang of This. Gimme the Marvel and DC Superheroes.

Trying to navigate the world of DC and Marvel can seem impossible at times. There’s just so much history. Marvel and DC do “retcon” a lot which means all previous canon can get erased so even if you’re feeling comfortable chances are an Event will happen that will turn everything on it’s head. There are some “jumping on” points that both publications created, but even then it can still be pretty confusing. One of the best ways to start reading is to choose a character and start from the most recent volumes. Most important thing to remember is that you DON’T need to read EVERY SINGLE COMIC EVER.

Ms Marvel, Vol 1: Normal by G. Willow Wilson (writer) and Adrian Alphona (art) – I think I rec this every chance I get because it’s SUPER IMPORTANT? Ms. Marvel is the entire reason I even CONSIDERED getting into comics so whenever I see awful, racist people say it’s “done nothing” I’m just like?? Okay, but here’s a million reasons why you’re wrong. It features a Pakistani-American Muslim girl who discovers she’s inhuman and develops abilities. Ms. Marvel does require a tiny bit of prior knowledge because it presumes you know what “inhumans” are and about the terrigen mist. Like I said though it was one of the first comics I ever read and I followed along fine so!! || Current Available Volumes: 1-7

Runaways, Vol 1: Pride and Joy by Brian K. Vaughan & Adrian Alphona – This is the very first comic I ever read and whilst it is an older one I think it’s a great place to start. It kind of introduces the Marvel universe but does so in a way that you don’t really need to know a ton of prior history. It’s also features a team of characters that all have their own powers and abilities. It’s not the best and some of the later volumes take a dive, but it’s still fun and a great place to start. Rainbow Rowell is actually rebooting this series and I’m super interested to see what she does with it! || Current Available Volumes: 1-7

Harley Quinn, Vol 1: Hot in the City by Amanda Conner – A The New 52 series this is a great jumping on point because it reboots Harley’s origin. I am not very familiar with the DC universe mostly because I don’t really care about Batman or Superman (oops), but I ADORE Harley. I think she’s one of the most interesting and complex characters ever and so much more than just a “villain”. Whilst I don’t really like what’s  in the Rebirth series I LOVE this series so much. It also introduces a lot of DC characters like Batman and Poison Ivy. || Current Available Volumes: 1-6

Gotham Academy, Vol 1: Welcome to Gotham Academy by Becky Cloonan, Brenden Fletcher (writers) & Karl Kerschl (art) – Again this does require a bit of prior knowledge on Batman or more specifically the city of Gotham and the Arkham Asylum, but like I know nothing about Batman and again I followed along. The art in this series is stunning and it’s a really great mystery that you get caught up in. || Current Available Volumes: 1-3

If you’ve read any of these I’d love to hear your thoughts!

If you’re a comic reader what was the first one you read?