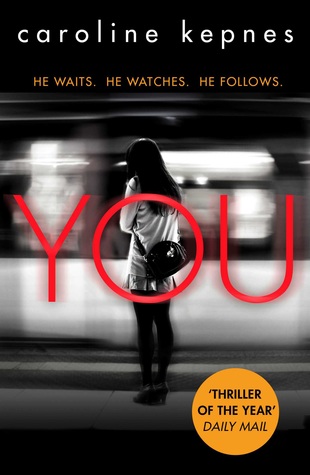 When a beautiful, aspiring writer strides into the East Village bookstore where Joe Goldberg works, he does what anyone would do: he Googles the name on her credit card.

There is only one Guinevere Beck in New York City. She has a public Facebook account and Tweets incessantly, telling Joe everything he needs to know: she is simply Beck to her friends, she went to Brown University, she lives on Bank Street, and she’ll be at a bar in Brooklyn tonight—the perfect place for a “chance” meeting.

As Joe invisibly and obsessively takes control of Beck’s life, he orchestrates a series of events to ensure Beck finds herself in his waiting arms. Moving from stalker to boyfriend, Joe transforms himself into Beck’s perfect man, all while quietly removing the obstacles that stand in their way—even if it means murder.

When Beck walks into an independent bookstore and has a conversation with the guy at the counter she probably doesn’t expect to become the victim of a stalker but that’s exactly what happens in You. Thanks to the existence of social media our main character Joe is able to find out everything he needs to know about Beck. He inserts herself into her life and they eventually form a relationship. Unknowing to Beck the reason why Joe ‘gets’ her is because he’s stalking her email, Twitter and every thing else he can get his hands on. You takes the topic of stalking to a whole new level. The second person narrative makes you feel you’re the object of Joe’s affection. It’s equally disturbing and addicting.

When I first heard about You and people talking about how disturbing it was I was pretty skeptical. I am a huge thriller/horror fan across all mediums and whilst horror movies do get me with their music and jump scares I am rarely scared or creeped out by books and by rarely I mean there’s been like three or four books that I can think of that have made me actually feel scared/disturbed ect. I knew I would probably love You because of the subject content but I just (naively) presumed I wouldn’t get the reaction most people did. I was wrong.

These are some reactions I had whilst reading this book: 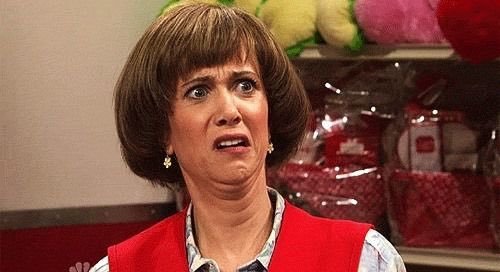 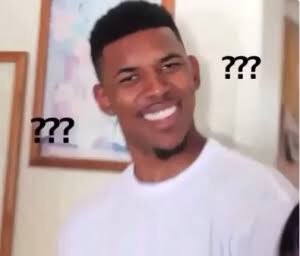 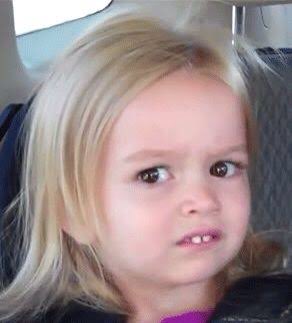 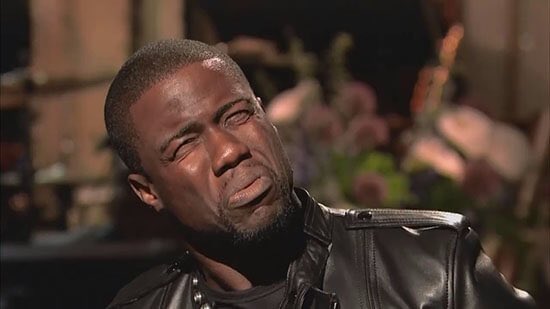 Unlike most thriller/crime novels You is completely from the point of view of the main antagonist. As I mentioned above – the second person narrative makes you be able to truly get inside the head of Joe. You get to see all his thoughts, feelings and motivations (or lack thereof). Being inside Joe’s head was so fascinating in a psychological sense. His reasons for doing certain things was mind blowing and sometimes I just sat there absolutely astounded by how he justified his actions. Beck had your every day conversation with Joe like you would with any retail worker, but he saw it as same grand gesture of love. When Beck left her phone behind Joe truly believed she had done it on purpose so he could “find her”. The way he managed to almost effortlessly insert himself into Beck’s life was impressive as it was terrifying. He was so nonchalant about doing and thinking all these disturbing/horrible thoughts and actions. He truly believed he was doing nothing wrong. He showed zero remorse. And that’s why I found this book so disturbingly brilliant.

“If we were teenagers, I could kiss you. But I’m on a platform behind a counter wearing a name tag and we’re too old to be young.”

Unlike other books that talk about the dangers of social media this one actually made me step back and think about how much we put ourselves out there on the internet. It is terrifyingly easy to find out everything you need to know about someone just by searching their name on Facebook. Joe kept Beck’s phone and because she stayed logged into her email on her phone (something I do too) Joe was able to read every email she sent and received. The reason why You made me think about this is because unlike a lot of other books/articles it wasn’t doing the whole preachy “these kids and their social media and selfies are ruining the world” thing. It was just an extremely realistic look at things.

The most disturbing thing about You (stalking and obsession aside) was that whilst reading you would sometimes start to sympathise with Joe. I found him hilarious and agreeing with so many of his thoughts on society. Even worse, I would sometimes forget that Beck was a victim of stalking. I would think I was reading some kind of romance-contemporary. I found myself smiling at certain scenes between Joe and Beck. I would start to think how cute they were. Then I was like “wait, no, holy shit Lauren WHAT ARE YOU DOING”. It’s not like any of these horrible things are being romanticised either – far from it.  This book is so, so psychological. You will be feeling so much internal conflict the entire way through. Caroline Kepnes is an amazing writer for being able to do this. Anyone who can make such a villainous character be sympathised with gets so much respect from me.

“Well, sometimes you just want to go where it’s dark, you know?”

Beck isn’t the most likable character either, but I actually loved that. It’s so easy to make the woman who’s a target of these kinds of crimes Virginal & Pure™ whereas Beck was a very sexual person. Joe definitely viewed her as a Manic Pixie Dream Girl and on the surface it was easy to see her as that, but she was actually so much more. Honestly, no one in this book was really that likable. Beck’s boyfriend before Joe was a total ass and Beck’s friend group was extremely toxic. Unlikable characters don’t always pay off, but in this case it did because it was implemented brilliantly and fit with the entire tone of the story.

This is a really character driven story, which I love. However, the plot is brilliant too. It is so fast paced. I couldn’t stop turning the pages. I read this book in two sittings. That is so rare for me. I was just so caught up in everything that was happening and I needed to know what Joe’s end game would be. There’s a lot of fun pop culture references too. Some people found them annoying, but I found them hilarious. The writing style could be almost poetic at times too. The whole book was just a giant – excuse my language – Mind Fuck.

This review is shorter than normal because it isn’t a book that’s easy to review (go figure they’re always my favourites!!). It’s one you really need to read for yourself. It’s hard to say too much without giving everything away. So much happens in this book, but it’s so much more fun if you find out for yourself instead. If you can handle violence and books that deal with these kinds of subjects then I DEFINITELY recommend you read it for yourself so you can feel the internal conflict. I’ve heard mixed reviews about You’s sequel Hidden Bodies, but I’m still going to be reading it and I will read whatever Caroline Kepnes decides to write next.

Have fun next time you visit the bookstore 😉!!!

If you’ve read or are planning to read You I’d love to hear your thoughts!

I hope you’re all having a wonderful day xx

30 thoughts on “Stalkers, Bookstores and Internal Conflict // Review: You (You #1) by Caroline Kepnes”